Necessary
These cookies are necessary to run the core functionalities of this website, e.g. security related functions.
Statistics
In order to continuously improve our website, we anonymously track data for statistical and analytical purposes. With these cookies we can , for example, track the number of visits or the impact of specific pages of our web presence and therefore optimize our content.
Marketing
Marketing cookies come from external advertising companies and are used to collect information about the websites visited by the user.
Construction & Real Estate
Environmental Technology
Municipal
services
Home > Current > News > Five simple household tips for reducing energy consumption

Pandemic, inflation, the war of Russia against Ukraine. Three factors that are also causing energy prices to skyrocket. In addition to natural gas and fuel, these are mainly costs for electricity, water and heating. The construction and environmental technology company Rabmer gives five tips on how to save money with efficient equipment and conscious use.

The Ukraine war in particular is currently driving energy prices to worrying heights. The fear of the next reckoning is already causing many Austrians great concern. No wonder, since most of the energy in Europe’s households is required for heating (63.6 percent), water heating (14.8 percent) and for lighting and household appliances (14.1 percent). Cooking (6.1 percent) and cooling (0.4 percent) account for the rest. “In order to save energy and reduce costs quickly and easily, the combination of the latest technology and practical knowledge is recommended,” explains Rabmer Managing Director Ulrike Rabmer-Koller.

It doesn’t have to be 24 degrees – a room temperature of 21 or 22 degrees is quite sufficient. In the bedroom, even 16 to 17 degrees are sufficient. With a room thermostat, the temperature can be conveniently regulated and it is also advisable to lower it during the night or at certain times. Every degree less saves around 6 percent on heating costs. Proper ventilation also saves energy: Ventilate briefly but vigorously every 2 to 3 hours with the windows wide open. Avoid tilted windows in winter, as these lead to unnecessarily high heat losses.

In Austria, an average of 80 liters of warm water per person per day is used for personal hygiene, which also means high costs for water, energy and waste water. It is well known that a shower uses significantly less water and energy than a full bath. But you can also save even more when showering. However, this is usually at the expense of comfort: Commercially available energy-saving shower heads reduce the flow rate and thus save hot water, but the showering experience suffers. An alternative to this is Ecoturbino, a system that saves water and energy without reducing the comfort of the shower. This is a sophisticated technology from Rabmer, which – to put it simply – creates a strongly swirled water-air mixture and thus reduces water and energy consumption by around 40 percent without reducing the intensity of the shower jet. “A four-person household saves up to 400 euros per year and in this case the investment pays for itself within 2 months,” explains Rabmer Managing Director Ulrike Rabmer-Koller. The installation of Ecoturbino is not only worthwhile for private individuals, but also for companies, student or retirement homes, hospitals, schools, fitness centers or sports clubs: A hotel with 100 rooms, for example, saves around 13,000 euros a year.

Cool but not too cool

Fridges and freezers constantly need energy and are real power guzzlers. It is therefore advisable not to set the devices too cold: “Six degrees for a refrigerator and minus 18 degrees for a freezer are absolutely sufficient,” says Rabmer-Koller. Placing the devices in a cool place away from heat sources such as radiators or stoves is also advisable. Warm food should be completely cool before going into the fridge. Anyone who can do without frozen food saves twice: refrigerators without a freezer compartment use around 25 percent less electricity.

Many people would not guess that limescale can be a reason why energy costs are rising. But the fact is: “For every millimeter of limescale in pipes, heating elements or heat exchangers, the energy costs for hot water preparation increase by six to seven percent,” explains Rabmer-Koller. The reason for this: Limescale deposits insulate the heat from water that is to be heated for hot water preparation. Heating systems, but also other household appliances affected by scale, have to work harder to perform as desired, which in turn leads to higher energy consumption and additional costs.

Water pipes and pipes are also damaged by lime. “In short: Limescale costs you money,” says Rabmer-Koller. So prevention is the order of the day. As an alternative to conventional decalcification systems, the Rabmer Group offers environmentally friendly limescale and corrosion protection with the patented Aquabion solution. The device relies on the “zinc sacrificial anode technology”, which has also been tried and tested in terms of corrosion protection. Zinc ions are released into the water, which combine with the lime molecules. As a result, the lime becomes non-stick and can no longer attach itself to pipes, devices and surfaces. A positive side effect: with the Aquabion you not only get limescale protection, but also corrosion protection.

In general, a change in household management can significantly reduce the energy level. When cooking, you should always choose a pot that fits exactly on the stovetop. This reduces energy consumption by around two thirds. A positive side effect: The cooking time is also shorter and the food is on the table faster. The next opportunity to save money can be found when doing the dishes afterwards: The dishwasher should always be fully loaded and – if available – run on the energy-saving program. Although the washing time is longer, the energy consumption is also significantly lower. The same applies to washing machines.

Last, but not least, upgrading the lighting in your own four walls is also worthwhile. Compared to classic light bulbs, modern LEDs not only score with their higher energy efficiency (up to ten times more efficient) and long service life, they also illuminate the rooms brighter. This has an impact on the killer argument par excellence: Replacing the old technologies with LED lamps enables energy and cost savings of up to 90 percent.

To the press release 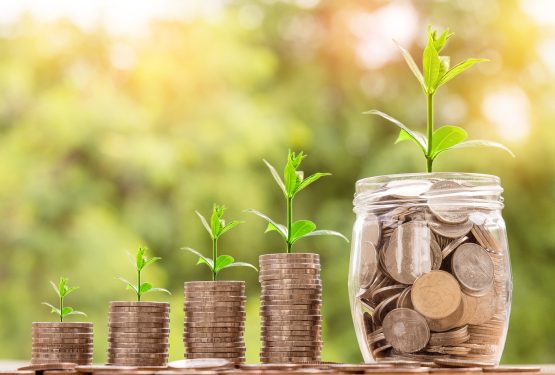