Necessary
These cookies are necessary to run the core functionalities of this website, e.g. security related functions.
Statistics
In order to continuously improve our website, we anonymously track data for statistical and analytical purposes. With these cookies we can , for example, track the number of visits or the impact of specific pages of our web presence and therefore optimize our content.
Marketing
Marketing cookies come from external advertising companies and are used to collect information about the websites visited by the user.
Construction & Real Estate
Environmental Technology
Municipal
services
Home > Current > News > Falkensteiner saves an additional 30% with ECOTURBINO® despite already installed economy showerheads

How can we save water? How can we reduce energy costs? Spard shower heads are used in many hotels to reduce water consumption. This is only useful if there is enough water pressure – otherwise a tired trickle comes out of the shower head, which is not reasonable for the guests.

A current project at the 4 * Falkensteiner Hotel & Asia Spa in Leoben shows that even more savings are possible – with the help of the ECOTURBINO® water saving system. This can be adjusted individually to the respective water flow rate due to different designs. But let’s start from the beginning:

After extensive consultation, a first practical test with hotel director Wolfgang Tesch was carried out directly on site; Rabmer’s team of experts was able to demonstrate convincingly how water consumption is reduced again without weakening the shower’s water jet.

The initial skepticism disappeared when the result was clear: We were able to reduce the water volume by another 30% to 7 liters per minute without adversely affecting the water jet intensity.

As a result, five hotel rooms were test-equipped with the ECOTURBINO® to determine if any feedback or complaints from hotel guests appear. But even here there were no complaints – and in August 2016, the entire hotel was equipped with ECOTURBINO®.

A nice example of the extremely good functioning of the ECOTURBINO® water saving system!

More information about ECOTURBINO® can be found here! 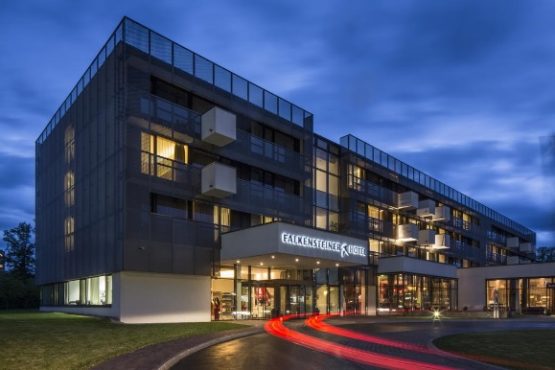