Necessary
These cookies are necessary to run the core functionalities of this website, e.g. security related functions.
Statistics
In order to continuously improve our website, we anonymously track data for statistical and analytical purposes. With these cookies we can , for example, track the number of visits or the impact of specific pages of our web presence and therefore optimize our content.
Marketing
Marketing cookies come from external advertising companies and are used to collect information about the websites visited by the user.
Construction & Real Estate
Environmental Technology
Municipal
services
Home > Current > News > Environmentally friendly limescale protection for healthy turkeys

Limescale deposits from hard water not only cause unsightly stains in the bathroom, but also lead to various problems in agriculture – also in Styria, where the optimal and above all environmentally and animal-friendly solution was found on a turkey farm in Stallhofen with the Aquabion became.

The water hardness indicates the calcium and magnesium content in the water. The biggest problem is the deposit these minerals cause. Because these can reduce the volume of the lines and affect the nipple drinkers of the animals. This was exactly the case on the turkey farm in Stallhofen: Due to the hard water (approx. 18° dH), clear limescale deposits were already noticeable on the new drinkers after 2-3 weeks, which promote the formation of germs and bacteria and, in the worst case, the animals can make you sick. Turkeys typically consume twice as much water as feed. That is why it is important to provide clean and healthy water. Not only does water provide important nutrients, it also influences virtually every physiological function in the animal’s body. However, the use of decalcification systems is not possible, since decalcified water damages the turkeys and causes health problems in the animals. Furthermore, organic farmers do not use antibiotics in their food or drinkers, i.e. they have to clean the drinking systems or drinking sticks regularly and remove the limescale deposits at great expense. This is time-consuming and expensive.

In August 2021, an Aquabion AB-H25 was installed in the central cold water line that supplies the stables and the house. The customer then observed whether and how quickly limescale deposits formed again on the drinkers. After 1 month of operation, the bars of the drinking system were completely free of deposits, even after 2 months there were still no significant deposits to be found. The cleaning effort could be greatly reduced by installing the Auqabion, which saves both working time and costs, but also significantly reduced the risk of germs and the resulting diseases in the turkey house. A positive side effect: Limescale deposits can also be wiped off extremely easily in the home, the cleaning effort is reduced and the household appliances and pipes are protected.

“The hard water in our region and the resulting lime deposits are not only a problem for us, but also for the pipes, household appliances and the animals. The deposits on the drinking troughs always had to be removed, which was time-consuming, so that no bacteria that could make the animals ill collect. Since the installation of the environmentally friendly Aquabion, the cleaning effort of the systems has been reduced significantly and the animals drink natural water and stay healthy,” says farmer Hans-Peter Bramauer 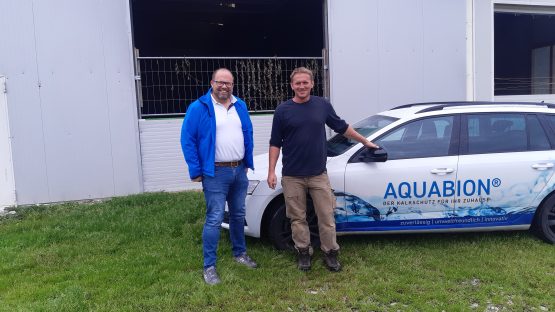 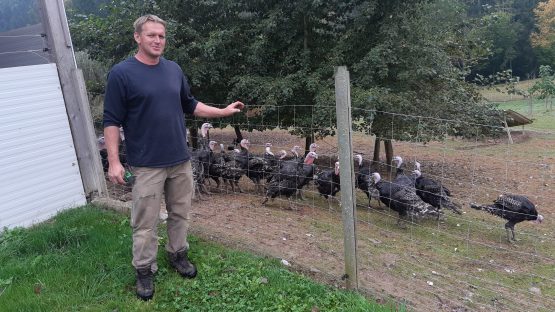